EN.IT is a renewable energy specialist due to many years of experience and a consolidated know-how. Satisfactory and quick achievements are reached through constant monitoring of projects by qualified team members, keeping track of deadlines, and management of operating costs. A reliable assessment of project development ensures optimal timing of entry into promising projects, where risks are predictable and limited, and balanced by adequate returns.

OUR TECHNICAL AND COMMERCIAL TEAMS OPTIMIZE THE DESIGN, EQUIPMENT SELECTION, WARRANTIES, AND SAFETY CONDITIONS. COMPLIANCE WITH THE BUDGET AND TIME GUARANTEES COMPLETION OF THE PROJECT.

The global energy demand is set to grow by one third until 2040 according to the World Energy Outlook 2015 by the International Energy Agency (IEA). The growing trend is mainly due to the energy demand of industrialized countries. In 2015, 77% of the new power plants built in the EU are powered with renewable sources.

The global photovoltaic market – as a sub-division of the whole solar technology – has more than tenfold in the last years. In 2014 alone, 14.6 billion US dollars were invested in solar power technologies (photovoltaic and concentrated solar power). This corresponds to a record growth rate of 25%. Recently installed photovoltaic systems make up the major part, with a total output of about 46 GW.

The study elaborated by the German Federal Ministry for Economic Affairs and Energy ranks photovoltaic in first place in the world and in third place in growing markets. The European Photovoltaic Industry Association (EPIA) also confirmed a shift of the largest markets from Europe to other regions of the world. EPIA said that the future growth will be driven mainly by Southeast Asia, Latin America, China, India, and the MENA region; by the middle of this century, solar energy will be the main source of energy.

14.6 BILLION US DOLLARS
WERE INVESTED
IN SOLAR POWER TECHOLOGIES IN 2014
– WITH AN UPWARD TREND

In 2014, the market for wind energy generators (onshore and offshore) reached a record result. With an increase of 11% versus 2013 and an investment volume of 99.5 billion US dollars, wind energy is in second place of the regenerative energy segment. These results provide evidence that wind farms are one of the most established technologies in renewables, including onshore.

Apart from Europe, this market will become attractive in regions such as Australia, Africa and Asia because of ideal environmental conditions.

The use of biomass and the generation of energy from waste plants have shown a growth rate of 8% p.a. starting from 2011. The global capacity of bioenergy is 72,900 MW and biomass is one of cheaper sources of renewable energy.

Europe and America are established markets with a strong growth. The study of the German Federal Ministry for Economic Affairs and Energy identifies Brazil, China, and India as growing markets. Because of the low electricity production costs, Africa and Asia will reach attractive rates of growth.

THE GLOBAL BIOENERGY
CAPACITY IS 72,900 MW
– WITH POSSIBLE FURTHER
INCREMENTS

EN.IT is currently developing projects with a peak capacity of more than 400 MW, which corresponds to an investment volume of about 760 million US dollars. The geographical focus is on Europe and Southeast Asia. EN.IT regularly checks new target markets. 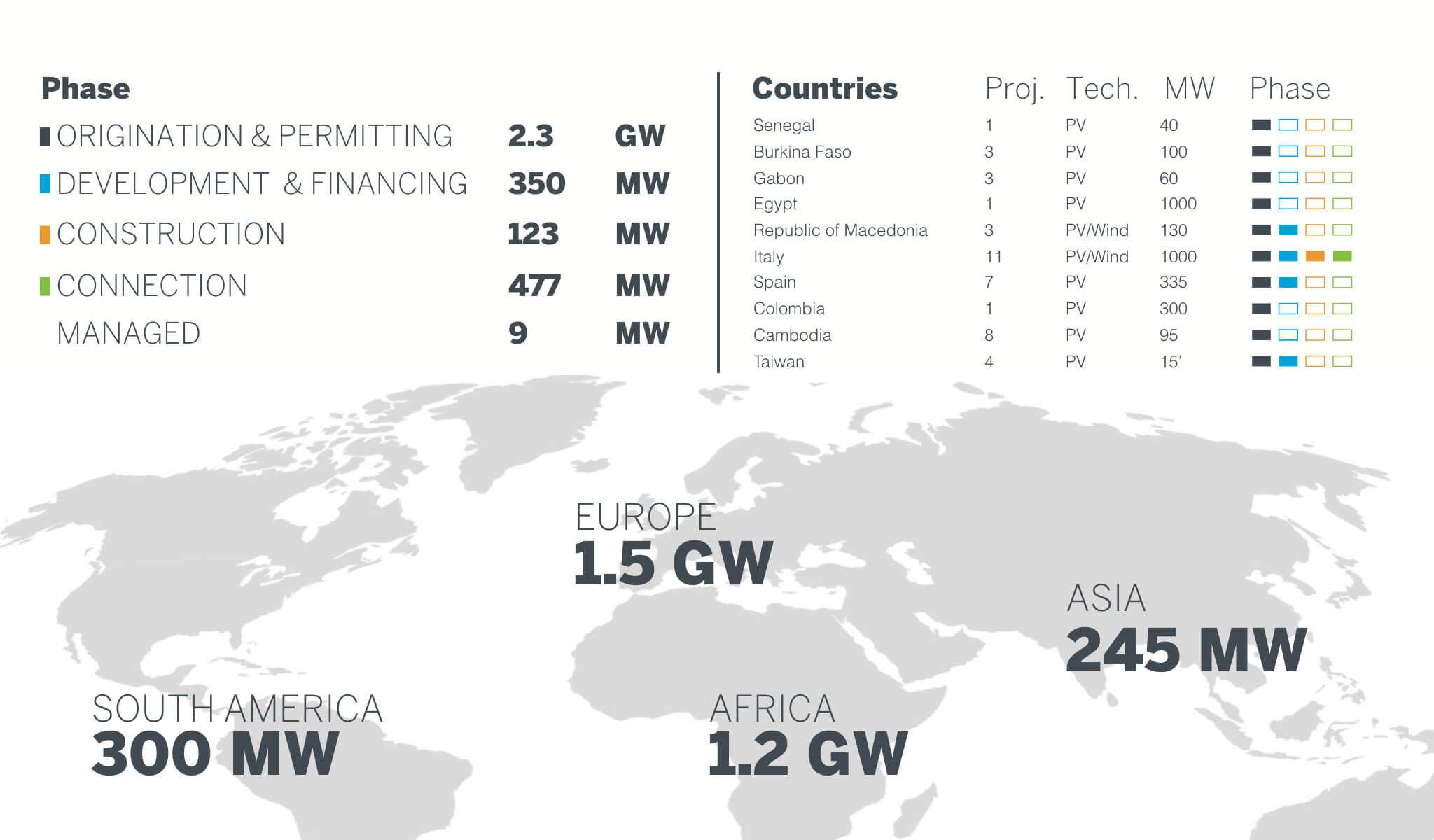 We use cookies to provide a better browser experience or to collect anonymous usage statistics. By using this website, you agree to the use of cookies for this purpose.I agreeRead more
Go to Top